This television ad is part of a campaign that tackles obesity in Northern Ireland, where one in two adults is classed as overweight. I did the character designs and directed the entire piece based on the script provided by the agency. The designs were 3D modeled, rigged and animated at Interference Pattern. Once the 3D animation was locked, over 250 t-shirts were printed for a two days shoot followed by another three days of post production. 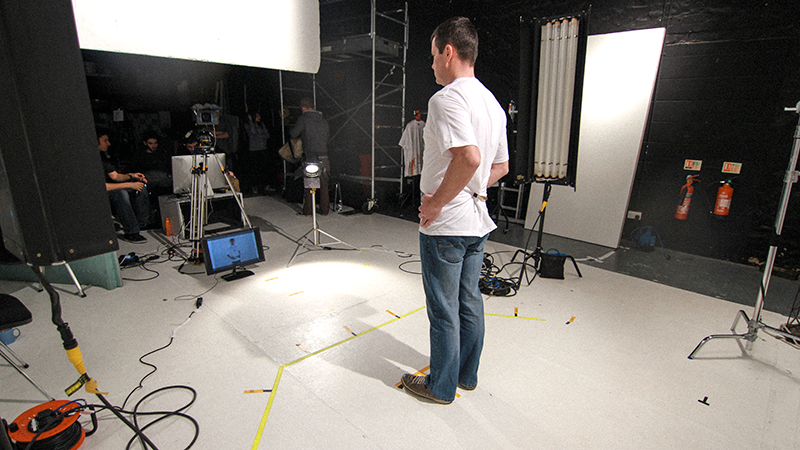 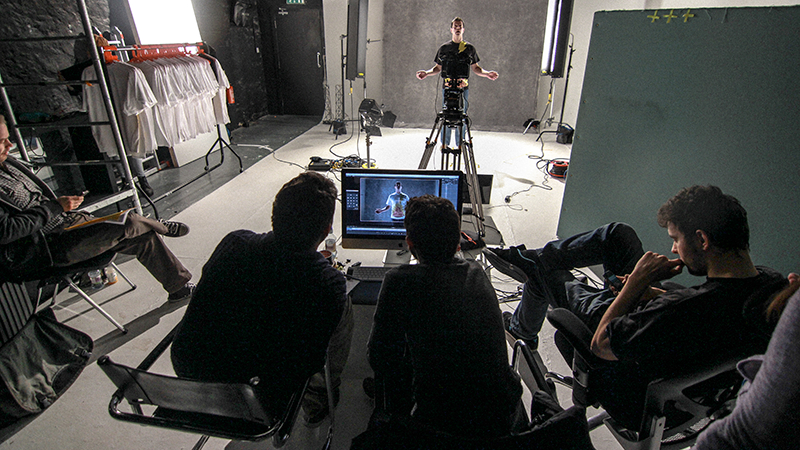 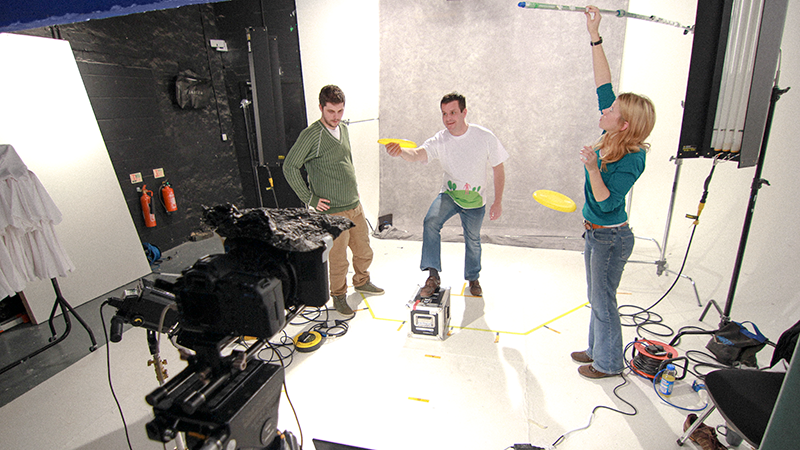 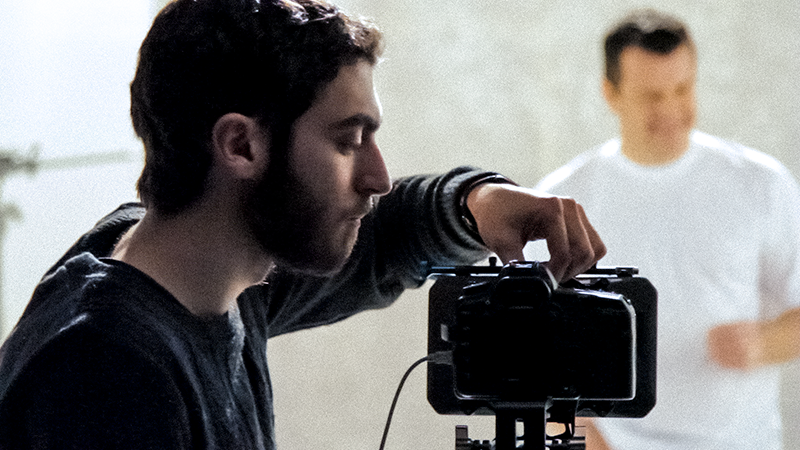 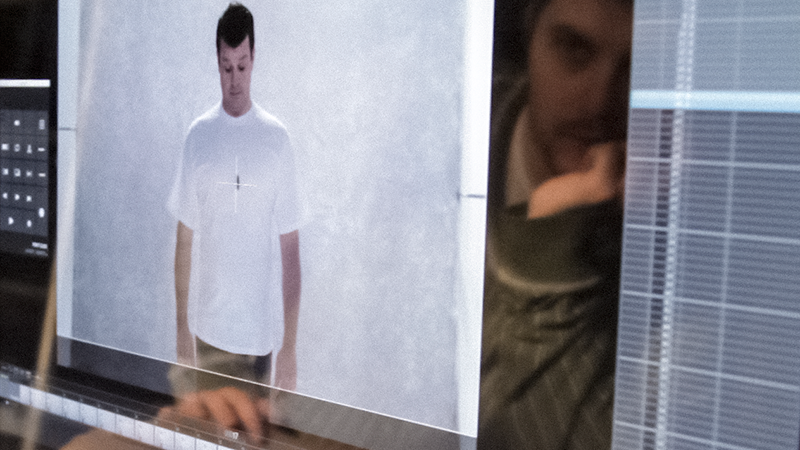 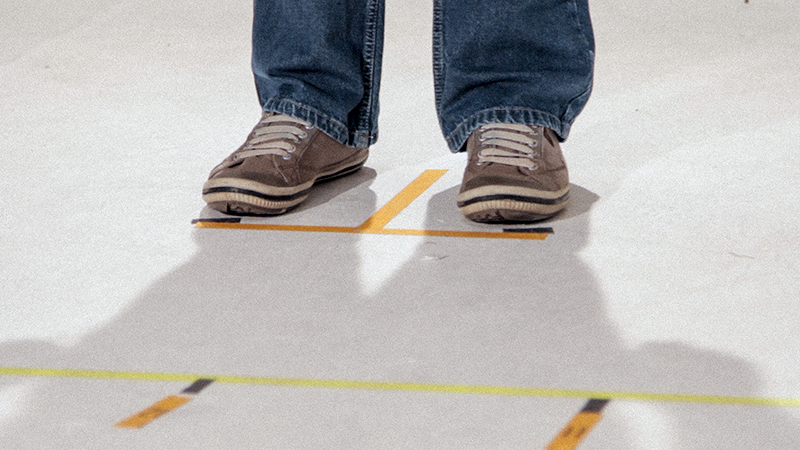 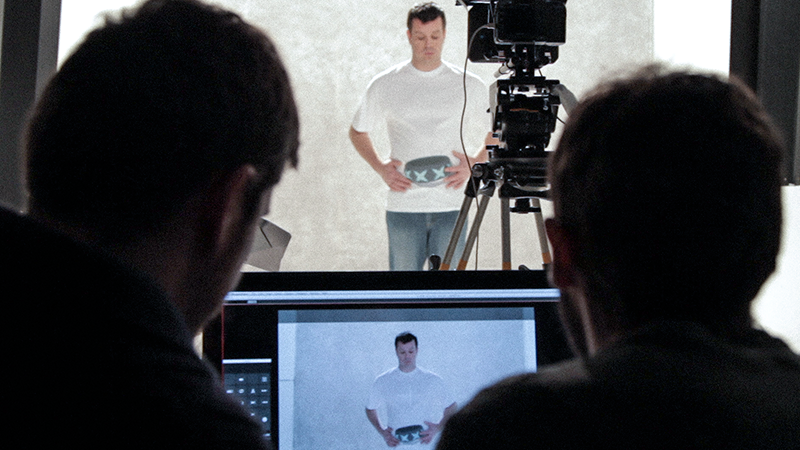 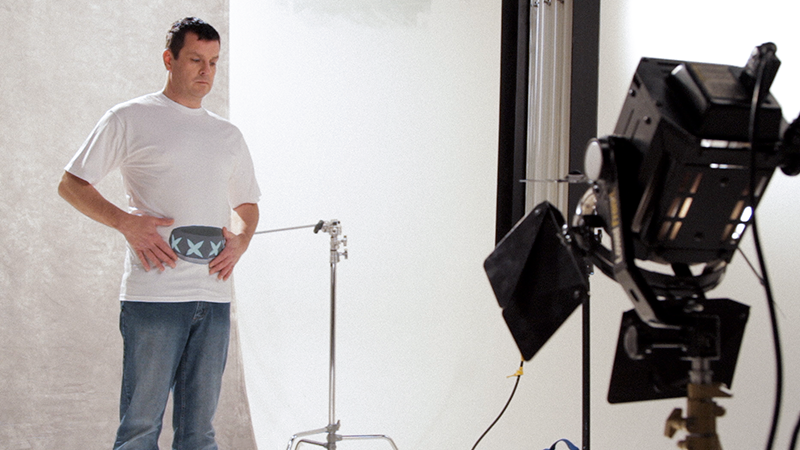 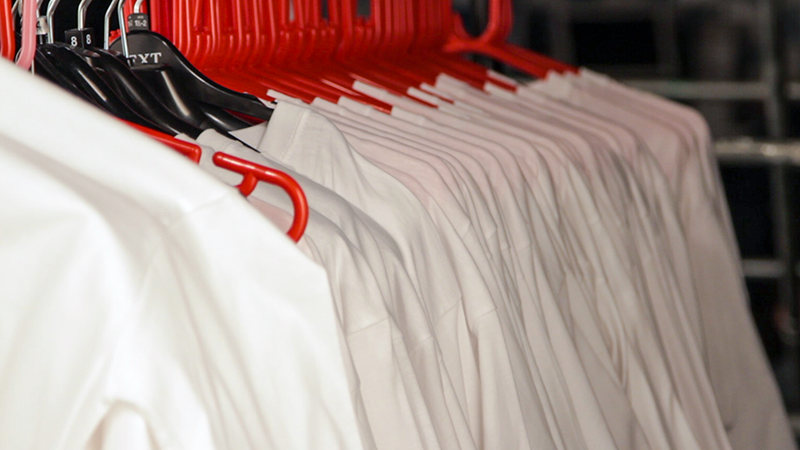 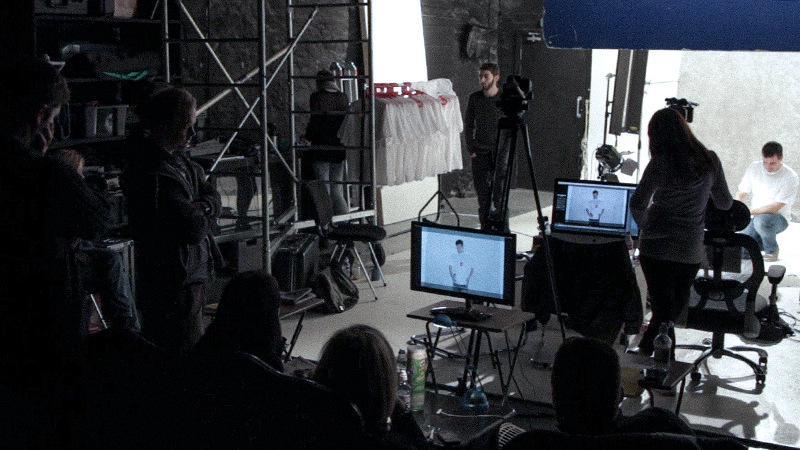 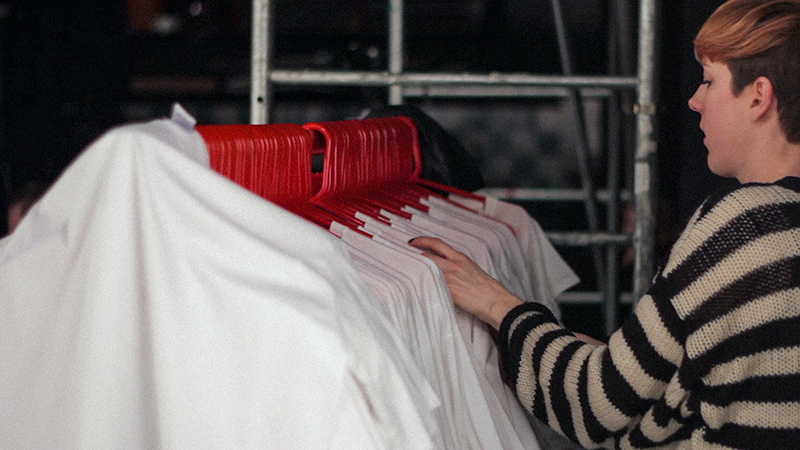 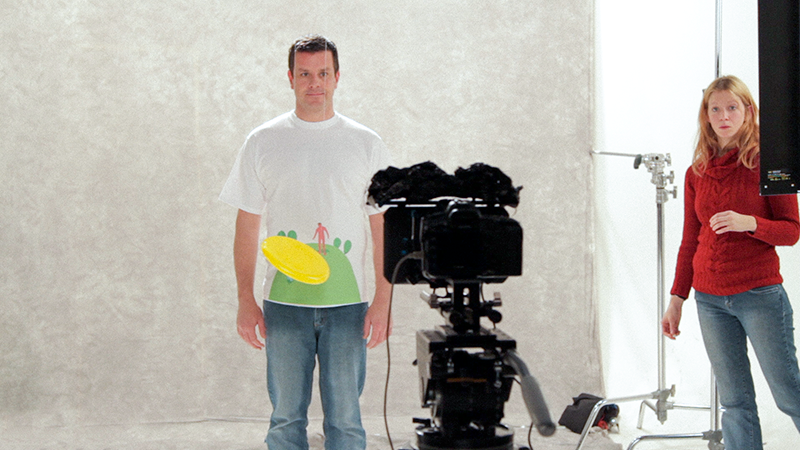 Behind the scenes stills and timelapse by Danny Bonnar
What made this project very exciting was that we physically printed over 250 t-shirts to create the sense of motion. All in camera without any VFX done in post production. The ad uses two different animation techniques, one is the t-shirt print animation and the other is the stop motion animation.
After finishing the character designs, I was involved in overseeing the CGI animation process. While I was doing that we also went over a couple of stop motion animation tests which help me figure out timings and performance issues.
There were two days booked for the shoot and another two days for post production. Before that, we had one week for printing the t-shirts and three weeks to do the CGI animation.
By connecting the camera to a computer and using a stop motion software we were able to pre visualise the animation as we went along. Every frame was downloading as soon as a still was taken and put into a timeline for instant playback. By using the “onion skin” feature we were able to view the last still overlaid on the live feed of the camera.

Designs and sketches
I wanted to achieve a clean look working only with blocks of colours and two or maximum three levels of shading. Colour palette played an important role because we wanted to avoid using lines. My goal in these designs was to find a good balance between harmony and contrast that also inspires optimism and energy.
I tried to use soft angles as much as possible. All the elements were inspired by circular, spherical and cylindrical shapes filtered through the imperfections of hand drawing. I've used only scripted elements to keep the frame clean so that the story can be conveyed without any distractions.
We shot the female version three months and a half after the male ad for Choose to Live Better campaign. Same as in the male version, after getting the script from the agency, I started to do several designs, some of them going through multiple changes based on the agency and client feedback. As soon as the designs were approved, they were passed to Interference Pattern animation studio who started working based on my storyboards. We went over twenty versions of the animation, before getting to the t-shirt printing stage. The shoot took two days in Freakworks' studio with roughly the same crew as for the male ad. Another three days of post production were required afterwards. 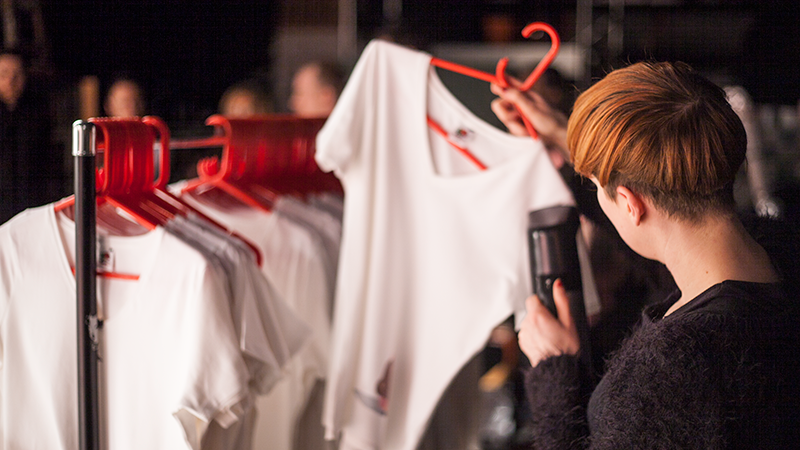 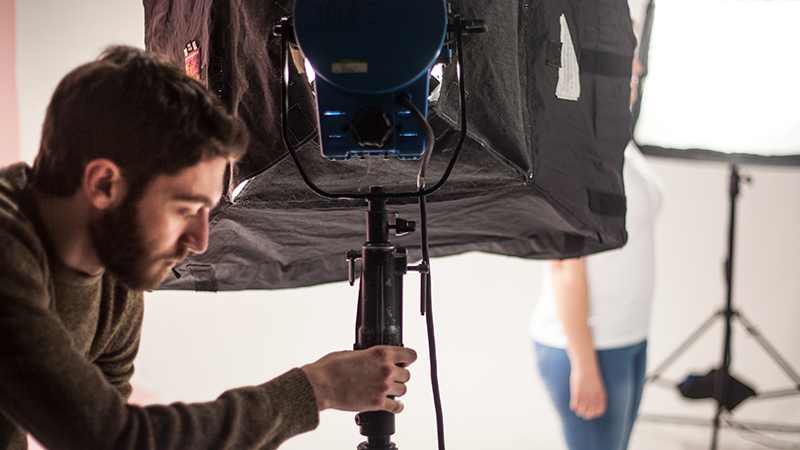 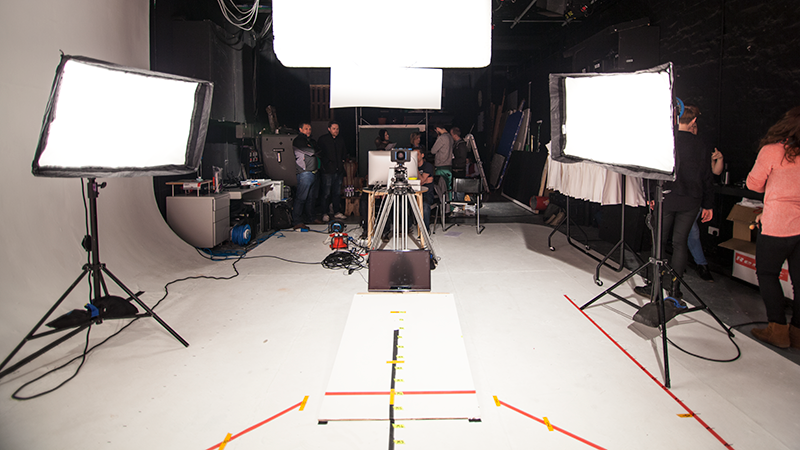 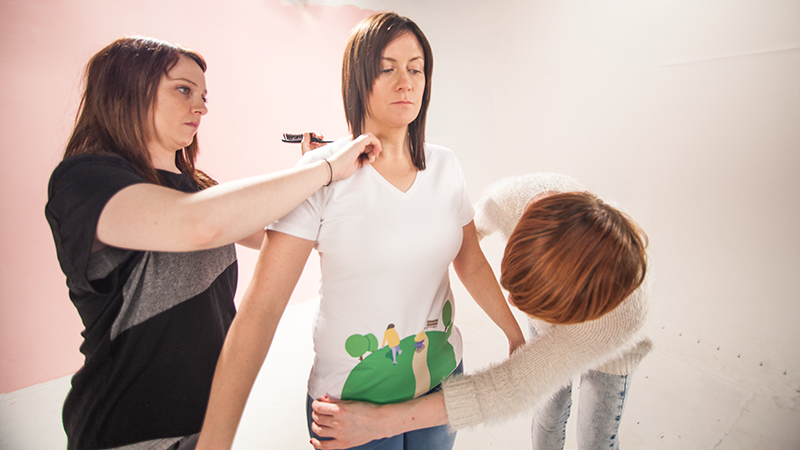 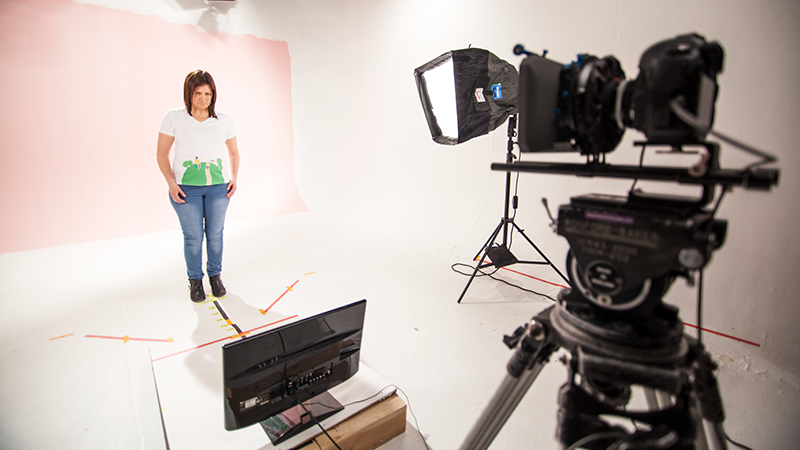 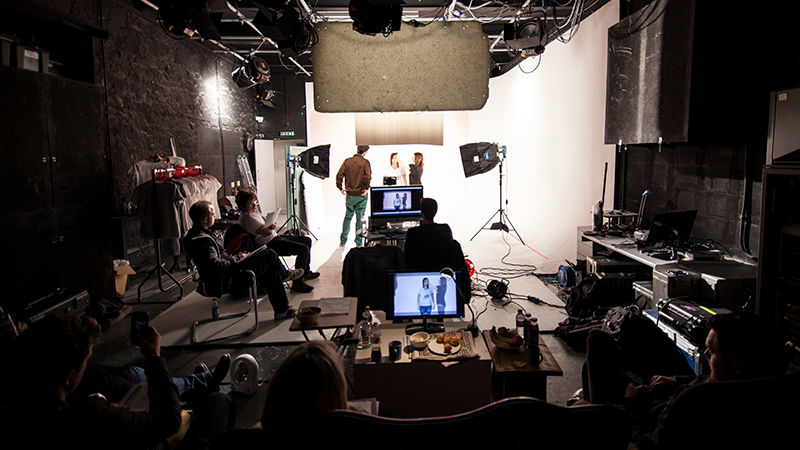 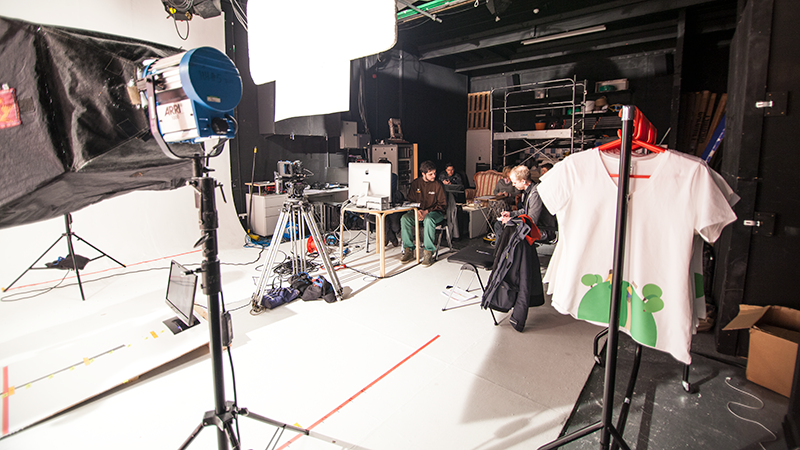 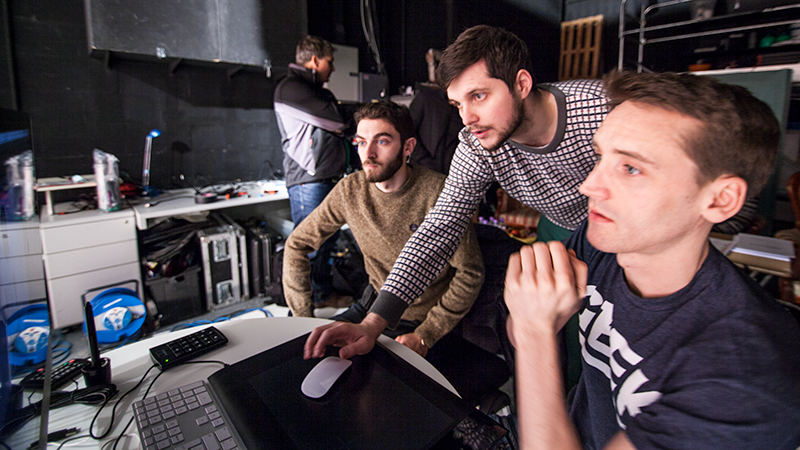 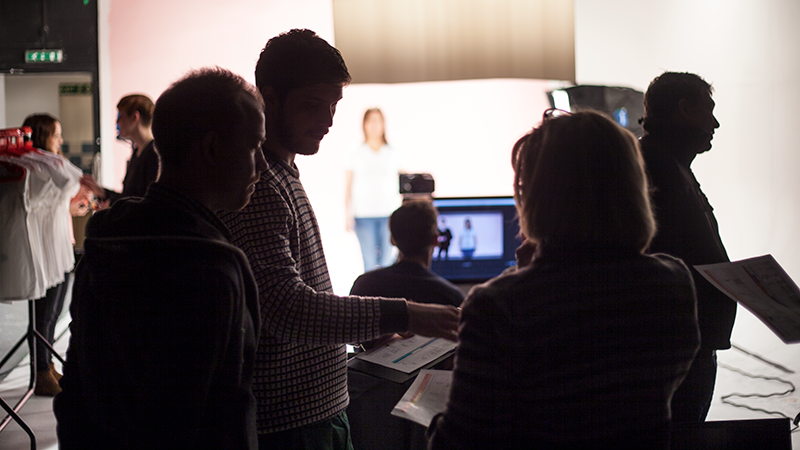 Behind the scenes stills by Danny Bonnar
The animation for the female version is more complex than for the male one. More elements and characters, more actions, but they all have to fit in the same amount of time. Actually for the male version we didn't even had to do a storyboard, we jump straight to the animatic.
I started working on the storyboards while we were waiting for the designs to be approved. It wasn't until I used the storyboards to create a rough animatic that I realised how hard was to give characters attitude and personality while working with only six frames per second. It felt like every frame counted and had to be used efficiently.
Working in a 3D environment is more obvious in this one. We used way more camera movements and took advantage of the Z space. Also the script required several morphs which I had to plan within the storyboarding stage.